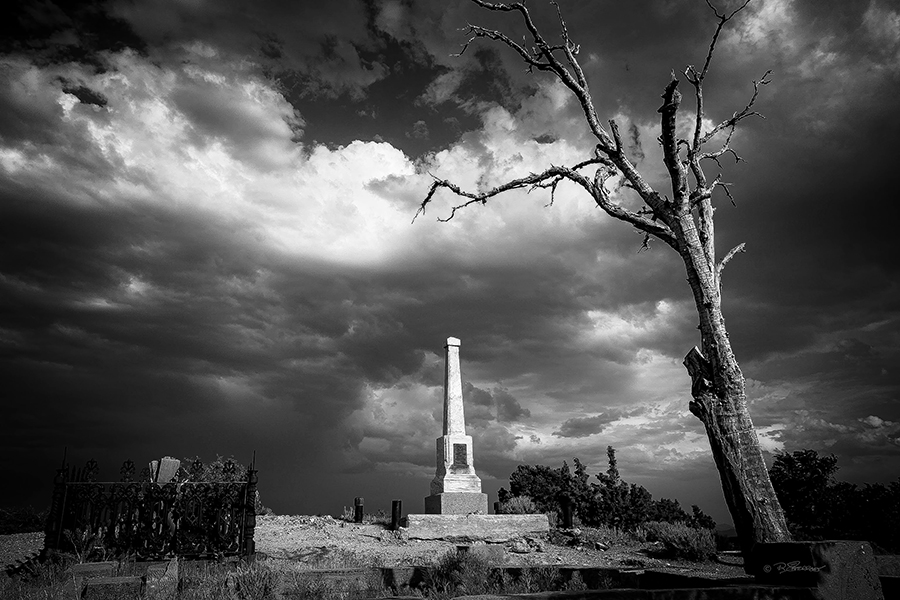 Virginia City, Nevada, 2005. The centerpiece of this cemetery. From Wikipedia: Edward Farris Storey (July 21, 1829 - June 2, 1860) was a Nevada settler who was killed during the Paiute War. Storey County, Nevada was named in his honor.

Storey was born July 21, 1829 to John Thompson Storey and Lucy McLester. On January 2, 1849 Storey married Adella Coloway, in Georgetown, Texas. After Adella's death in 1852, Storey and his young daughter Juliann travelled to California with a group of 42 Texans, settling in Visalia. Storey was granted a charter to found a Masonic Lodge in the San Juan Bautista area in 1854. Storey later moved to Nevada and was an early resident of Virginia City, Nevada.
During the Pyramid Lake War, Storey organized and commanded Company K, Nevada Militia, known as the "Virginia City Rifles". On June 2, 1860 Storey was shot and killed during the Second Battle of Pyramid Lake; he is buried in the Virginia City cemetery.

Ray Sherrod
Santa Cruz, CA, United States
I am a very shy introverted photographer. My psycho-therapist says that I may be able to come out of my shell almost any time now.